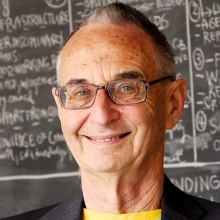 Dr Logan received a BS and PhD from MIT in 1961 and 1965. After two post-doctoral appointments at University of Illinois (1965–67) and University of Toronto (1967–68) he became a physics professor in 1968 at the U of Toronto, where he is professor emeritus since 2005. During this period in addition to math-based physics courses he taught an interdisciplinary course The Poetry of Physics which led to his collaboration with Marshall McLuhan and his research in media ecology and the evolution of language. His best known works are The Alphabet Effect based on a paper co-authored with McLuhan, The Sixth Language: Learning a Living in the Internet Age and The Extended Mind: The Emergence of Language, the Human Mind and Culture.